We use cookies on our website to improve the functionality and use of our internet site, as well as for analytic and advertising purposes. By continuing to use this site without changing your settings you consent to our use of cookies. More info 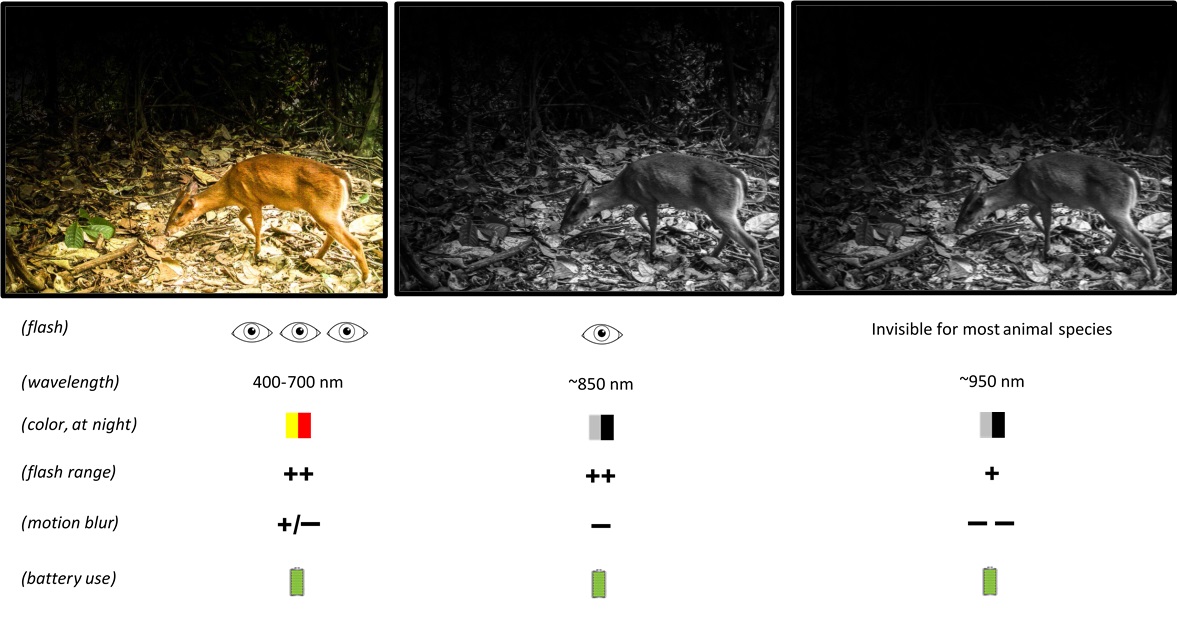 A comparison between the three different types of flash mechanisms (white LED, Low Glow, and No Glow; left to right) installed in the modern cameratraps (images by Wearn en Glover-Kapfer, 2017).

In the past, cameratraps were all equipped with a white flash (just like regular photo cameras), with the advantage of sharp and colorful images during the night. It makes identifying smaller species of animals and individuals a lot easier. A white flash mechanism is esspecially suitable for when applying the capture-recapture method (a method to estimate absolute abundance) and quick field assessments. A disadvantage of this type of flash, however, is that it is very conspicuous and can therefore disturb the natural behaviour of the animals. Also, a white flash will be more easily noticed by humans.

Cameratraps equipped with an invisible infrared flash mechanism are least noticeable, especially by people. An excellent feature for a security camera and a good consideration in case of risk of theft or vandalism. The night images are in black and white, which can sometimes make identifying individuals and small species of animals quite difficult. Some characteristics can even disappear because of the IR flash (see picture below of the same cat). 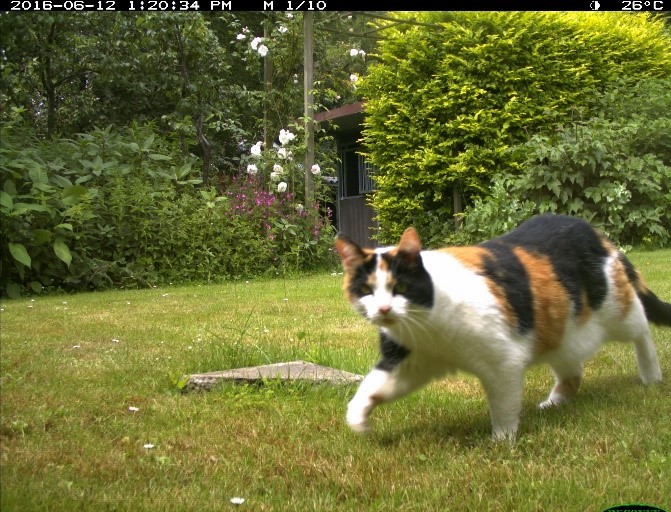 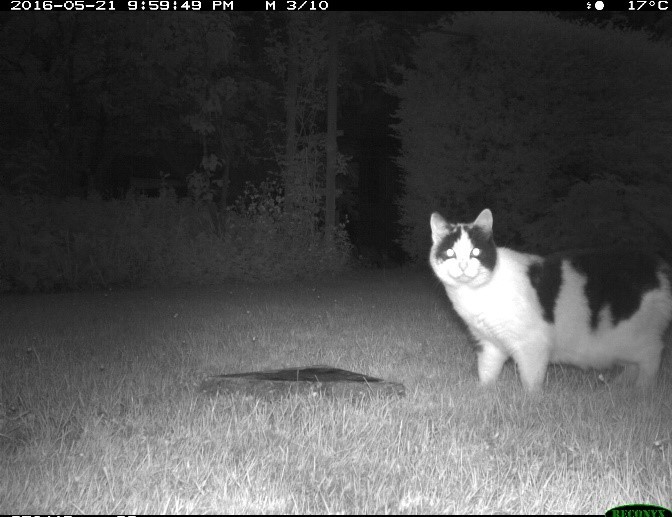 Both pictures show the same cat, but at a different time (night vs. daytime). Because of the IR flash (right image), the orange spots are not visible, and therefore can be (wrongly) observed as another individual.

Not only the flash mechanism, but also the flash range matters. A stronger flash range makes it easier to observe animals at a longer distance. As the flash range decreases, there is a greater chance that you will get a less accurate perception of the observed animal. Conversely, a flash that is too strong may result in an overexposed photo or video when, for example, an animal moves close to the camera. It's important to take this into account when placing your cameratrap. Some cameratraps offer the option to adjust the flash range in the settings, so you can take the over- or underexposure better into account when placing the camera.